Today we want to introduce you to one of the most evocative yet little known archaeological sites in Sorrento.

“The planting of nymphaeums and fish ponds”

We find the remains of the structures built at sea level that were part of the complex of the Villa of Agrippa Postumo (nephew of the Emperor Augustus) I century. BC, an extraordinary Roman Domus. 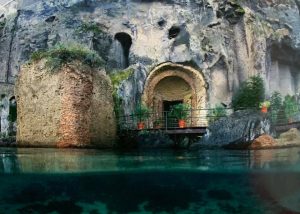 The fish pond, on the other hand, can only be visited by sea, at the time the sea water was about one meter lower as can be seen from many structures that are now submerged, including the walkways inside the cave. 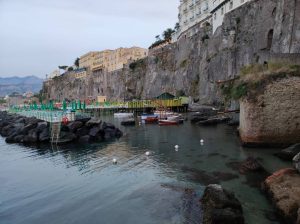